What's beef? Beef is when the beef industry tried to shut Oprah down over A decade ago for allegedly making disparaging comments about their product, yet they are consistently recalling meat. 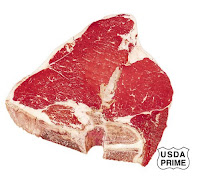 In the late 90s, media mogul Oprah Winfrey, was dragged through the Texas Court system by beef industry money makers. A conglomerate of cattlemen sued Ms. Winfrey claiming that statements she made on her show adversely affected the sales of their product.

After an advocate for vegetarianism appeared on The Oprah Winfrey Show and detailed the feeding habits of livestock before they are packaged and sold to the public, Ms. Winfrey stated that her guest's remarks: "just stopped me cold from eating another burger." The fear of digesting diseased meat products rippled through the audience during the discussion. The result of this dialog on beef was a tedious, months-long lawsuit of a group of cattle ranchers vs. Ms. Winfrey and her beef-shy guest.

During the lengthy trial, Oprah had to go through the expense of relocating her show's production to Texas. This made it feasible for her to do double duty as a defendant and a talk show maven.

Fast forward to 2008. More people are now learning the advantages of shunning beef and embracing more leafy and "natural" foods. Several recalls of contaminated beef is contributing to this dietary change.

Just yesterday, CNN reported that: " A Chicago-based company is recalling beef products distributed in 11 states because of possible E. coli contamination." Situations like this prove that Oprah's decade-old talk show topic and discussion is still relevant. Also, her revelation about beef was on target. I concur; I've also been "stopped cold from eating another burger."
Posted by Elsie Law at 12:22 PM

Labels: Where's The Beef?...If It's On Your Plate Proceed With Caution