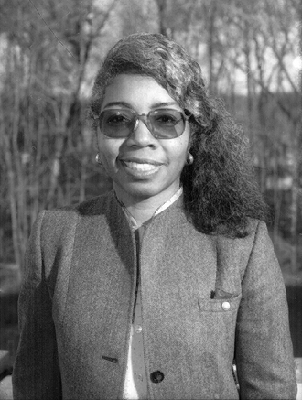 Valerie Thomas (pictured above), former mathematical data analyst and project manager for NASA, created the Illusion Transmitter. She received a patent for her invention in 1980. About.com describes Valerie Thomas’ invention as follows: “This futuristic invention extends the idea of television, with its images located flatly behind a screen, to having three dimensional projections appear as though they were right in your living room.”
Posted by Elsie Law at 9:19 PM