Anecdote Of The Week: Do We Realize How Important Unity Is? 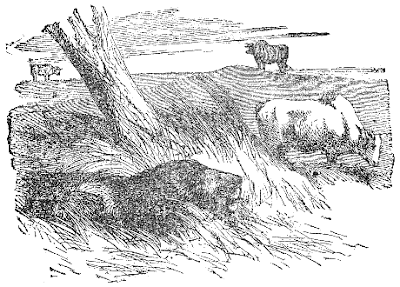 "A lion prowled about in a pasture where four bulls were grazing. He tried many times to capture them, but each time he failed. Whenever he came near, the four bulls turned and formed a ring, so that no matter which way the lion approached, he was met by their horns.

One day, however, the bulls had a quarrel and would not speak to one another. Each went alone to a separate part of the pasture to graze. This was the moment the lion had been waiting for. One by one he attacked the bulls and made an end of them.

Well fed and contented, the lion thought, 'Those beasts would still be grazing had they remembered: United we stand; divided we fall.'" -From, "Aesop's Fables"
Posted by Elsie Law at 9:17 PM