Anecdote Of The Week: How Quickly Do You Conform To An Idea That You Know To Be Incorrect? 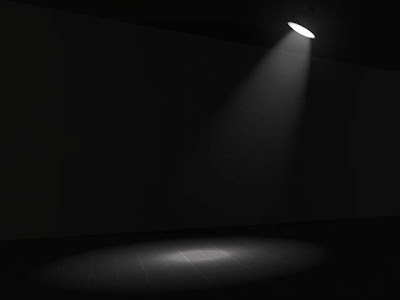 "One of the earliest studies on conformity, in 1935, was designed by a social psychologist from Turkey, Muzafer Sherif. Sherif, a recent immigrant to the United States, believed that that Americans in general tended to conform because their democracy emphasized mutually shared agreements. He devised an unusual means of demonstrating conformity of individuals to group standards in a novel setting.

Male college students were individually ushered into a totally dark room in which there was a stationary spot of light. Sherif knew without any frame of reference, such a light appears to move about erratically, an illusion called "autokinetic effect." At first, each of these subjects was asked individually to judge the movement of the light. Their judgments varied widely; some saw movements of a few inches, while others reported that the spot moved many feet. Each person soon established a range within which most of his reports would fall. Next, he was put into a group with several others. They gave estimates that varied widely, but in each group a norm crystallized wherein a range of judgments and an average-norm judgment emerged. After many trials, the other participants left, and the individual, now alone, was asked again to make estimates of the movement of light- the test of his conformity to the new norm established in that group. His judgments now fell in this new group-sanctioned range, 'departing significantly from his earlier personal range.'

Sherif also used a confederate who was trained to give estimates that varied in their latitude from a small to a very large range. Sure enough, the naive subject's autokinetic experience mirrored that of the judgments of this devious confederate rather than sticking to his previously established personal perceptual standard." -From, "The Lucifer Effect: Understanding How Good People Turn Evil" By: Philip Zimbardo
Posted by Elsie Law at 4:57 PM