Did You Know That You Can Use Donuts And Tea To Channel Solar Energy? 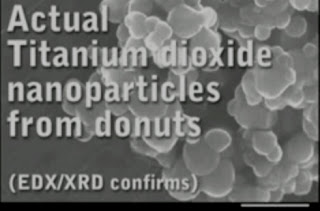 A Canadian scientist has discovered that you can use donuts and tea as materials to create a solar cell.

According to Wired Magazine, the scientist has revealed that titanium dioxide nanoparticles- found in powdered sugar, can be covered by a natural die- like the one found in some teas, and then can be used as a light-absorbing layer on certain devices.

[SIDEBAR: We can probably expect to see Jack Bauer implement this on a future episode of "24." Lol.]
Posted by Elsie Law at 7:52 PM